The marital rapes in India

There is a thin line between sexual relationship and rape in a marriage. It is confusing too, I mean by law if we try to solve everything then it is surely be a challenge for everyone. A kid from Etawah (UP) went to police station to file FIR against his father because his father did not take him to a public event. Should we make law for this as well? I am not speaking against marital rapes but not everything under law is the only solution. Let us take a look of the data here from Delhi-

Complainant did not appear or turned hostile- 123

Breach of promise to marry- 109

Alleged rape by neighbor or acquaintance – 111

Each case registered in the name of rape is not necessarily a rape. “Rape” and “sexual assault” are very different. A marital sexual assault should not be taken as Rape. Marriage in India is a very sensitive and emotional relationship of two. We should take a 360-degree approach while looking at this matte: Did you notice the cases where parents have filed FIR for daughter’s marital rape? Many laws had its consequences. False alarms are everywhere.

Cases of marital rape have increased. Gujarat HC gave its verdict on the legal status of marital rape. The Hindu Marriage Act, 1955 says that wife is duty bound to have sex. Therefore, criminalization of marital law would require the govt. to change the religious practices of Hindu act. Moreover, criminalizing it might lead to unnecessary stress and load for the entire family of accused. Marital rape needs serious attention but govt. is yet not on serious move. 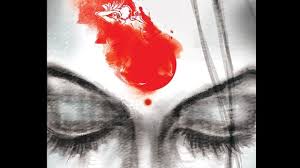 Fulfilling an essential marital obligation or a marital consortium with a fellow human being with dignity is for both the partners. A woman is not a property for the satisfaction of sexual desires of man and vice-versa. No one has a right over woman’s body, her refusal for sexual intercourse should be considered above everything.

Gujarat HC said that Martial Rape is not a Husband’s privilege but a violent act and An Injustice. “Making wife rape illegal or an offence will remove the destructive attitudes that promote the marital rape. Such an action raises a moral boundary that informs the society that a punishment results if the boundary is transgressed,”- Justice Pardiwala said.

Court also added that “Such personal acts done by the husband as are not acceptable to the wife even in private and also not approved by society, should also fall under the scope of section 354. Today no woman or society would approve of perverted sexual acts as being a legitimate part of the spousal relation,” the court added.

Marital rape by law is an offence and goes under many sections of IPC but it will again come with loopholes. Many people will misuse it. Men are jerk at times but their jerkness is not necessariliy a sexual assault or rape everytime. 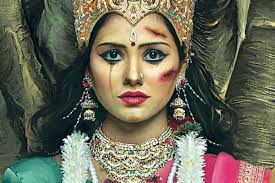 Next in line is the law for Martial Rape of Men.