India is countering many political changes. Since 2014 elections until now, Indian politics has been restless.  Change is the only constant we know but rapid changes are quite unstable. This instability is visible in Indian politics. Political scenario is always political but the very agenda of politics is what changes. Ram Rajya , Mandir-Masjid, SC/ST , B. R Ambedkar etc are the agendas of present politics in India.

It a huge shifting of political scenario if you look back at the time of constitution framing. Moreover, 2017 is the immediate source of the scenario in India. A broad picture again is like British “Divide and Rule”. Political parties are working very clean and clever. Parties clearly know that even a single useless issue can divide people easily. Caste politics, race politics, rename politics, Hindu only politics, counterattack politics etc are many different agendas to win elections. Parties choose any one and the whole soul of development of nation goes aside because people of this nation get more interested in these waste agendas. 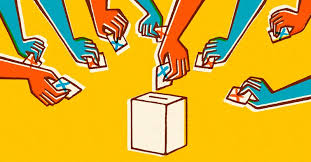 This scenario is like, two best friends would be made to fight each other in the name of   temple and mosque because one of them is Hindu and another is Muslim. Moreover, these stupid friends will actually fight and might kill each other. Favor system is there. Vote bank is actually being purchased either in the name of making favors or by making a promise for their bright future.  No one is interested in the development but yes, they are interested in shouting about it.  Aadhaar, GST etc might result in a big success but these schemes are complicated. I mean, you have been shopping with paytm since a long time and suddenly it gives you a warning about updating it with Aadhaar. Your 15 years old sim is asking for Aadhaar. Without Aadhaar banks will through you out. You cannot fill many govt. forms without Aadhar. It is like anywhere you go it follows. Suddenly, without our permission Aadhaar has entered into our lives and threatening us. Govt. should have made voter IDs updated as Aadhaar. What was the need of a different ID? And GST is like a big elephant to fit in a room. Damn, half of the public is still struggling with it. It is not anti- BJP or anti-schemes; it is just about ease and time. With the implementation of the scheme, proper and best sources, workers, and full-fledged planner is needed which was missing. Execution of the scheme took place but without full management. Black money is making itself white now, just after the demonetization many frauds have been encountered by India  but political parties are more interested in talking about what they will/can do rather doing it. 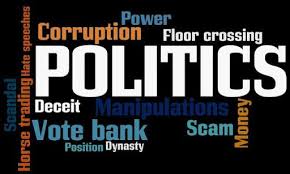 UP with most delegations in Lok Sabha has seen many zigzags in its political way. SP ( Samajwadi Party) was the ruling party in UP. It would have been a big challenge for BJP to win in UP if SP was all strong like ever. With the difference between Energy (Akhilesh Yadav) and experience (Mulayam Singh Yadav) party broke and so their vote bank. UP is evergreen on crime so, BJP very clearly named it GUNDARAJ and with this one issue BJP won. If UP has a GUNDARAJ only then everyone residing in UP is also acting Gunda .  BJP led mixed encounters (Fake and very both) will result in population decrement eventually.   Any party to rule in UP, has to understand that people in UP are different and it is just not the party which is supporting Gundaraj. Parties should make strong and better policies rather blaming each other. BJP or SP, state need to be united again. SP with BSP is trying to fight against BJP. SP leader Akhilesh Yadav is socialist and chief minister Yogi Adityanath is Ram Rajya  supporter. Does it really make difference? The motive should be to make people feel safe and to make them understand the importance on Constitution of India because people of India are still fighting for the matters which are already included in Constitution for social betterment.

Ram Rajya is about ideal governance. All communities should work as one for the prosperity and capabilities of Nation. Everything negative is out of society in Ram Rajya and the head of nation responsible is compared to King Rama of Ayodhya. Again, there will be people to point out the social condition of women in Ram Rajya.  Protector of humanity is okay but pointing out your woman for humanity is not justified. 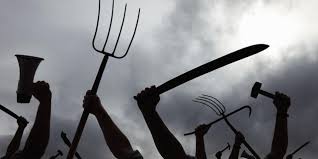 Scenario of politics in India is rather confusing. It is a blame game sometimes, suddenly an act for SC/ST. Surprisingly the demonetization and unnecessary issues. No party is good or bad, it is the policies and the methods that party apply to get attention. Shift is suddenly from black money and corruption to Dalit. It is clear scenario of Divide and Rule.

Let see what these young faces of political parties will try now.