With 71 countries participating at Gold Coast 2018 are going to be very exciting as always. Commonwealth games 2018 are an international multi- sports event for commonwealth members and will be held at Gold Coast, Queensland, Australia. Maldives are not participating although it were scheduled to play, but they withdrew in October 2016. CWG 2018 is officially known as XXI Commonwealth Games and commonly known as Gold Coast 2018. The bid for gold coast was successful because of many technical facts that majority of venues get spotted within 20 minutes driving distance from Athlete village. These venues are been grouped into three areas: Central gold coast city, north gold coast city and south gold coast city and Australia will be hosting the commonwealth games for the fifth time. 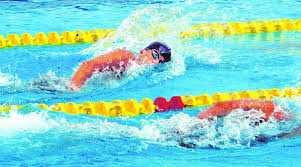 Today, i.e. on 4 April 2018, CWG 2018 has started and this event is scheduled until 15 April 2018. This event is Gender Equal for the first time and so it is a major shift globally towards Gender equality. This event has announced equal medals for men and women.

“Share the Dream” is the official motto for XXI Commonwealth Games. It clearly mentions about its soul. Sharing dreams and experience of every participant is the motive to choose the motto. Silhouette of the skyline and landscape of the Gold Coast (host city of games) is the emblem of the CWG 2018. It is to represent the vibrancy, warmth, friendliness, energy, joy and competitive excitement of the athletes, in the city. Borboi is the Mascot of the XXI Commonwealth Games. 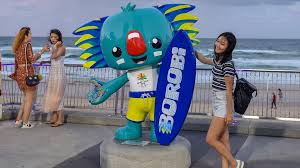 With the Syringes Controversy, India has started its journey at the event. Although it is a relief that Indian players are free from this controversy now but it would have resulted in a negative hit on India’s image, globally. Actually, Amol Patil, an Indian Doctor of Indian boxing team did not follow the procedure under No needle Policy and he forgot to dispose the syringes as mandated by this policy. Dope test for Indian Players turned out negative and now they are all free to participate as scheduled.

Athletics, badminton, boxing, hockey, lawn bowls, netball (for women), rugby sevens, squash, swimming and weighting are the 10 core sports chosen for Commonwealth Games 2018. It is a possibility and opportunity for many to be awesome with their talent in sports. Different countries have their different strong sports teams. Some have confidence over the rugby sevens team and some are shouting high for their best players in boxing. India has its high hope over Shooters of the country. 15 men and 12 women shooters are participating from India. 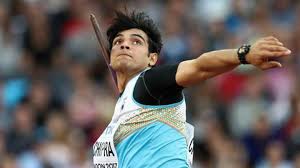 In 2010 Commonwealth Games, India performed amazingly brilliant with 101 medals in total. With Youth participating in CWE 2018, India is in confidence to break its record from 2010. Although some of our players showed disappointment over the arrangements as well but it will not affect their performances we hope. Saina Nehlwal missed the Glasgow Games due to injury but she is all set to perform her best skills at CWG 2018. She was angry because her father’s name was in the schedule but it was removed she found.  It happened with P.V. Sindhu’s mother as well.

Gold Coast city has its own charm to attract people, unlike other host cities. Definitely, this event will result into promoting it as tourist destination.